If you have watched the Vue3 Live Release video, you will know the Vue core team rewrote the diff algorithm.
The new diff algorithm refers to the ivi and inferno, whitch make virtual nodes diff quicker. You can visit this test result to check the accurate data.

As a whole, the algorithm can divide into three parts:

Next, we will explain the algorithm with the source code of Vue3.

At first, we need to patch the repetitive prefix & suffix virtual nodes. It is not strictly part of the algorithm, but it can avoid running the diff algorithm during some situations. This strategy can improve the program’s performance.

So, what is the repetitive prefix & suffix? Suppose we have the following two texts:

Look at these two texts, and we will find that each of these texts has the same piece of text at the head & end. These texts are what we call repetitive prefix & suffix. After we patched the repetitive part, we can only just diff the middle part which we call it unknown subsequence.

In this example, the diff algorithm can just replace the words to complete the diff process. But it is not always such simple.

We can show this process through a figure.

The question is: Why just one index at left, but two indexes at right? Because the previous virtual nodes’ length is not always the same as the next virtual nodes.

Talk is cheap, show me the code. The following code is from Vue3, but I change some place to make it readable.

Next, we need to handle repetitive suffix virtual nodes:

The logic is similar to the previous code, but we start from the end of virtual nodes this time.

After the above process, we will get a pair of virtual nodes whose lengths are not necessarily equal. This means that we may need to add or remove virtual nodes.

Before we explain code, we need to research the shape of virtual nodes. The shape is formed by the head and tail lines of the old and new virtual node groups.

For example, suppose we have two sets of virtual nodes:

So, if we have a pair of virtual nodes which shape is like this. This means we need to mount nodes.

Also, you need to pay attention to the current index which need to be within the prevEnd and nextEnd scope.
The following code is to mount new virtual nodes.

Same logic, for this shape, you need to unmount nodes.

Specifically, we need to deal with the following possible situations.

So, the first question is: How can I know the situation of the node?
We can iterate over the old node group and determine whether the node still exists in the new node group.
But if you have thought over this logic, you will find the most performance-consuming part is the determine process. If we use the traditional way, like iterate over new node group for every node from old node group and determine it, the complexity is going to be O(n^2). We certainly don’t accept that.
However, if we can determine the node quickly, there will be no problems with this scheme.
The solution is: Add unique key for each node, and determine node through hash table.
Why does this work? Because the hash table lookup is O(1), and determine the node’s key also be O(1). This improvement can greatly increase the speed of finding the same node.


The user passes in the node’s key, and we will store it in the h function, which generates a virtual node.

We can use a Map to store the key-index pair. The index is the index of the node in the old node group.

Now, we need to loop through old node group left to be patched and try to patch matching nodes & remove nodes that are no longer present.

The second question is: How do we deal with nodes which is in a different order?
Well, our goal is to minimize DOM movement. So, we need to find a way to extract information about the virtual node’s relative position.
Plus, if you read the code above, you’ll notice the moved variable. The variable’s type is boolean, which means if the node has moved. Specifically, if the newIndexToOldIndexMap’s value is increasing, that means the node has not moved, the other way around, it moves.
So, we need to find out how many nodes in the node group are not moving. The solution is: Longest Increasing Subsequence.

Why is it work? Because Longest Increasing Subsequence’s mathematical sense is: whether the node remains locally ordered. The problem is complicated, so I’ll treat it as a black box for now.

The code will be:

In this article, we talk about diff algorithm in Vue3. Here is the point: 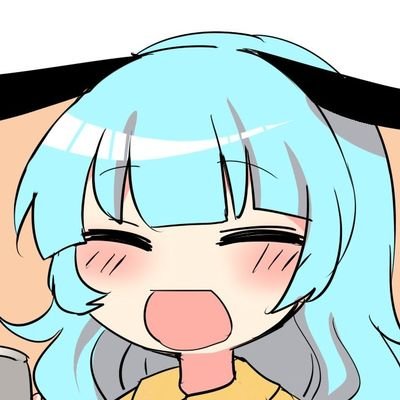